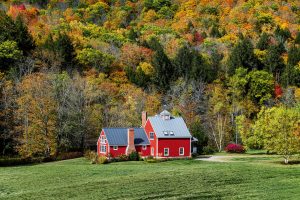 The COVID-19 pandemic has already changed the way Americans live, but its long-term repercussions may be with our world even after the virus is eventually controlled. A range of indicators looking at Americans’ economic decision-making shows the virus is impacting how we spend money, how we shop and perhaps, even where we want to live.

Together the data serve as a reminder of how consequential the coronavirus could be to the country’s future, even beyond health concerns, as the nation tries to get a handle on a growing number of hotspots around the country.

The most common word associated with the virus, through its rise and plateau and renewed rise, may be uncertainty. And that mood is reflected in a shift in how Americans are spending.

In June, Visa reported that Americans’ volume of spending on credit cards declined by 21 percent in May of 2020 compared to May of 2019. At the same time, their spending on debit cards climbed by 12 percent in the same period of measurement.

And beyond personal bank statements, that’s a change that could have a big impact on the broader economy.

For individuals, it could actually be good news. Americans are notorious for running up credit card debt that can leave them in a lurch when the economy dips. With debit cards they are only spending money they have, not future money they may or may not receive.

But for the nation (and its overall GDP), the shift in spending habits news looks less sunny. When you only spend what you have, you usually spend less. That likely means fewer dollars flowing into the economy when it needs growth.

And that idea, being more careful with money, can also be seen in how people are making decisions when they shop, according to a June survey from McKinsey and Company.